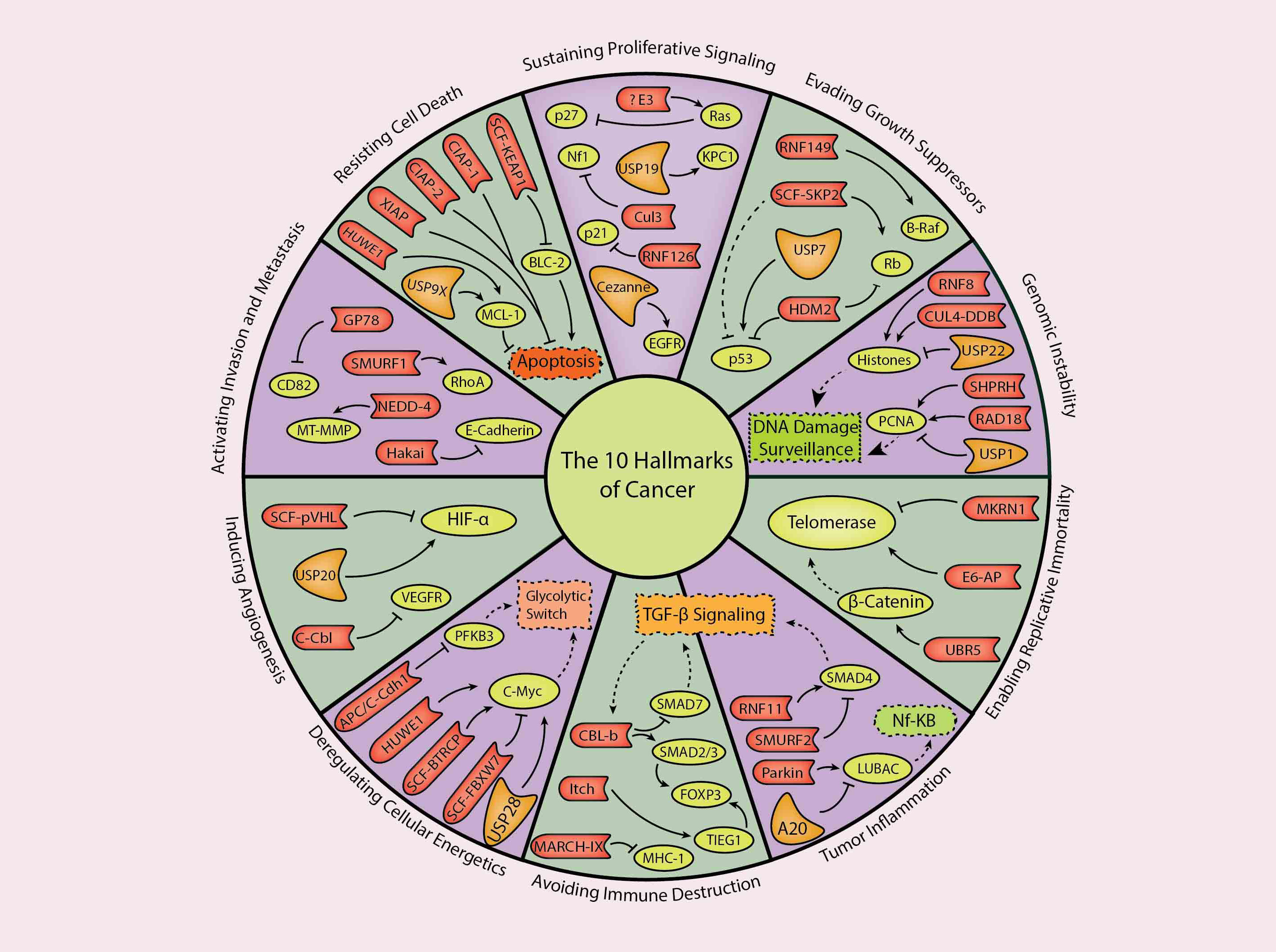 Protein homeostasis at the cellular level is precisely balanced by de-novo synthesis, posttranslational modifications, and proteolytic degradation. Protein degradation serves several functions including the elimination of damaged and no longer needed proteins, activation of protein precursors by partial hydrolysis, or the complete hydrolysis of proteins that regulate multiple functions. The majority (>80%) of all mammalian proteins are degraded by the ubiquitin-proteasome-system (UPS). Over the past decade, knowledge about the UPS has exploded. It has now become obvious that the ubiquitination of proteins does not solely target them for degradation, but can also play a role in regulatory functions including translational regulation, activation of transcription factors and kinases, DNA repair, endocystosis, and vesicular transport of membrane proteins1.

The ubiquitin conjugation system is hierarchically structured in three distinct classes of enzymes; i) ubiquitin activating enzyme (E1), ii) ubiquitin conjugating enzyme (E2), and iii) ubiquitin ligases (E3). Only one E1 ubiquitin-activating enzyme exists highlighting its essential function. E2 conjugating enzymes are more abundant with about 35-40 discovered and characterized to date. E3 ligases represent the largest class of enzymes to date with more then 700 annotated. These enzymes have very strong implications in cancer and neurodegenerative diseases. Deconjugating enzymes (DUBs) catalyze the deconjugation of ubiquitin from substrate proteins. This reverses the conjugation cascade, affecting critical events in the cell proteome such as protein degradation through the proteasome. To date, more then 100 DUBs have been annotated, and many studies have shown their multiple functions in human disease2. 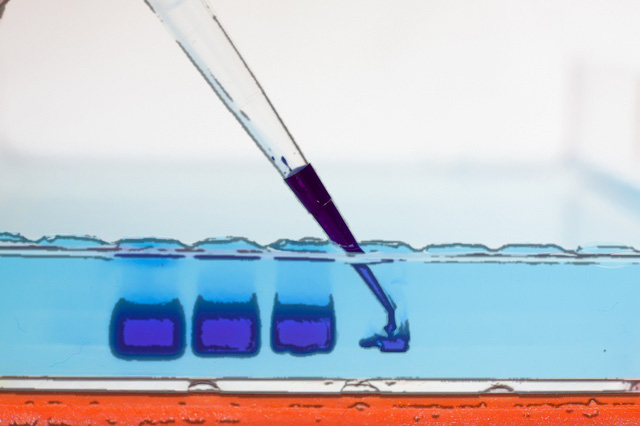